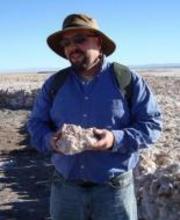 Ricardo Padrón is an Associate Professor of Spanish who studies the literature and culture of the early modern Hispanic world, particularly questions of empire, space, and cartography.  Currently, he is completing a monograph about the transpacific imagination in sixteenth century Spanish imperialism. Provisionally entitled ReOrienting the Indies: Spain, the Pacific, and Asia, 1513-1609, the book will be published by the University of Chicago Press.  His research for this book has taken him to China, Japan, and the Philippines, and has been sponsored by U.Va.’s Center for Global Inquiry and Innovation, Arts & Sciences at U.Va., and the National Endowment for the Humanities.  He has also published on early modern poetry and historiography, and on the mapping of imaginary worlds in modern times.  Prof. Padrón is an active member of the Renaissance Society of America, in which he has served as Disciplinary Representative for the Americas section, and of the Latin American Studies Association.