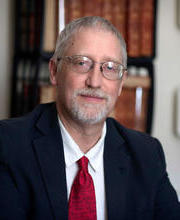 Alan Taylor, Thomas Jefferson Foundation Chair and Professor of History, holds a Ph.D. from Brandeis University and has published eight books, including two which won the Pulitzer Prize for American history, William Cooper's Town: Power and Persuasion on the Frontier of the Early Republic (1995) and The Internal Enemy: Slavery and War in Virginia (2013). His most recent book is American Revolutions: A Continental History, 1750-1804 (2016). His work examines the interplay of cultural and social history with politics in the United States and on its frontiers with native peoples and British Canada. His next book will examine the politics of education in Thomas Jefferson’s Virginia.