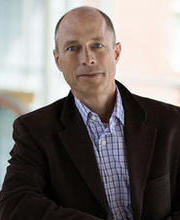 Brian P. Owensby is professor in the Corcoran Department of History and, for that last five years, Director of the Center for Global Inquiry + Innovation at the University of Virginia. His 15 scholarship for the last fifteen years has focused on indigenous people in the context of Spanish rule. Empire of Law and Indian Justice in Colonial Mexico (Stanford, 2008) examined litigation among indigenous people and between them and Spaniards in 17th-century Mexico. With Richard Ross, he is co-editor of Justice in a New World: Negotiating Legal Intelligibility in British, Iberian and Indigenous America (NYU Press, 2018). He is currently completing a book manuscript entitled Ambivalent Transformations in the Land Without Evil, which examines the encounter between European ideas of individual gain and Guaraní ideas of reciprocity in South America between the 16th- and early 19th centuries. The book reframes Karl Polanyi’s Great Transformation to a society of gain as a global process with often ambivalent outcomes.

Brian P. Owensby's Faculty Website
Copyright ©2022 By the Rector and Visitors of the University of Virginia