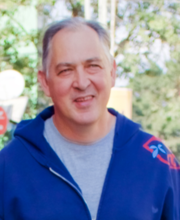 James Igoe, Professor of Anthropology, is a co-convener of the Anthropology Department’s proposed Indigenous Worlds Concentration (with George Mentore). His research and publications are grounded in his early fieldwork, during the 1990s, on conflicts between indigenous communities and nature parks in Africa and North America. His book, Conservation and Globalization (Wadsworth 2004), engages the socio-ecological contradictions of nature conservation based on landscapes without people, while also exploring possibilities for more equitable and inclusive approaches to conservation. He also appears in the film, A Place without People (2009), a critical history of Serengeti National Park. His recent book, The Nature of Spectacle (Arizona 2017), concerns the role of mass images and tourism in producing particular versions and visions of nature, often at the expense of local communities. For the past two years he has refocused his interests on the ways in which Maasai and other indigenous groups are using media to imagine and pursue desirable sustainable futures, with particular focus on community-based mapping and land use planning processes in northern Tanzania.