We develop methods to detect neurotransmitter changes in the nervous system of larval fruit flies (Drosophila melanogaster).  Our main tool is implanting a microelectrode that can detect rapid neurotransmitter changes.  A secondary technique we have developed is capillary electrophoresis with fast-scan cyclic voltammetry detection for investigating tissue content.  We are currently developing methods to study both serotonin and dopamine release in the fly.  While initial methods were developed in the larvae, we are now studying the adult as well, targeting the central complex and the mushroom bodies.  These studies are fast and will allow access to a wide array of genetics that are possible in the fly.  Current investigations include models of Parkinson disease in the fly and how autoreceptor drugs function on the serotonin system.  We are also interested in looking at aging in the fly brain.

Optogenetic stimulation.  To induce endogenous release,  a light sensitive cation channel is genetically inserted into specific neurons, such as dopamine or serotonin neurons.  We are currently using a red-light activated CsChrimson for all our studies. Then endogenous neurotransmitter release is induced by simply shining a red light on a fly nerve cord and the dynamics of neurotransmission detected electrochemically.

Natural Stimulations.  We have also studied the effects of acetylcholine and nicotine as natural stimuli in the fly.  Nicotinic acetylcholine receptors are located on dopamine neurons, so applying nicotine and acetylcholine causes dopamine release, without the need to insert a channel.  These methods have been demonstrated in both adult and larval preparations. 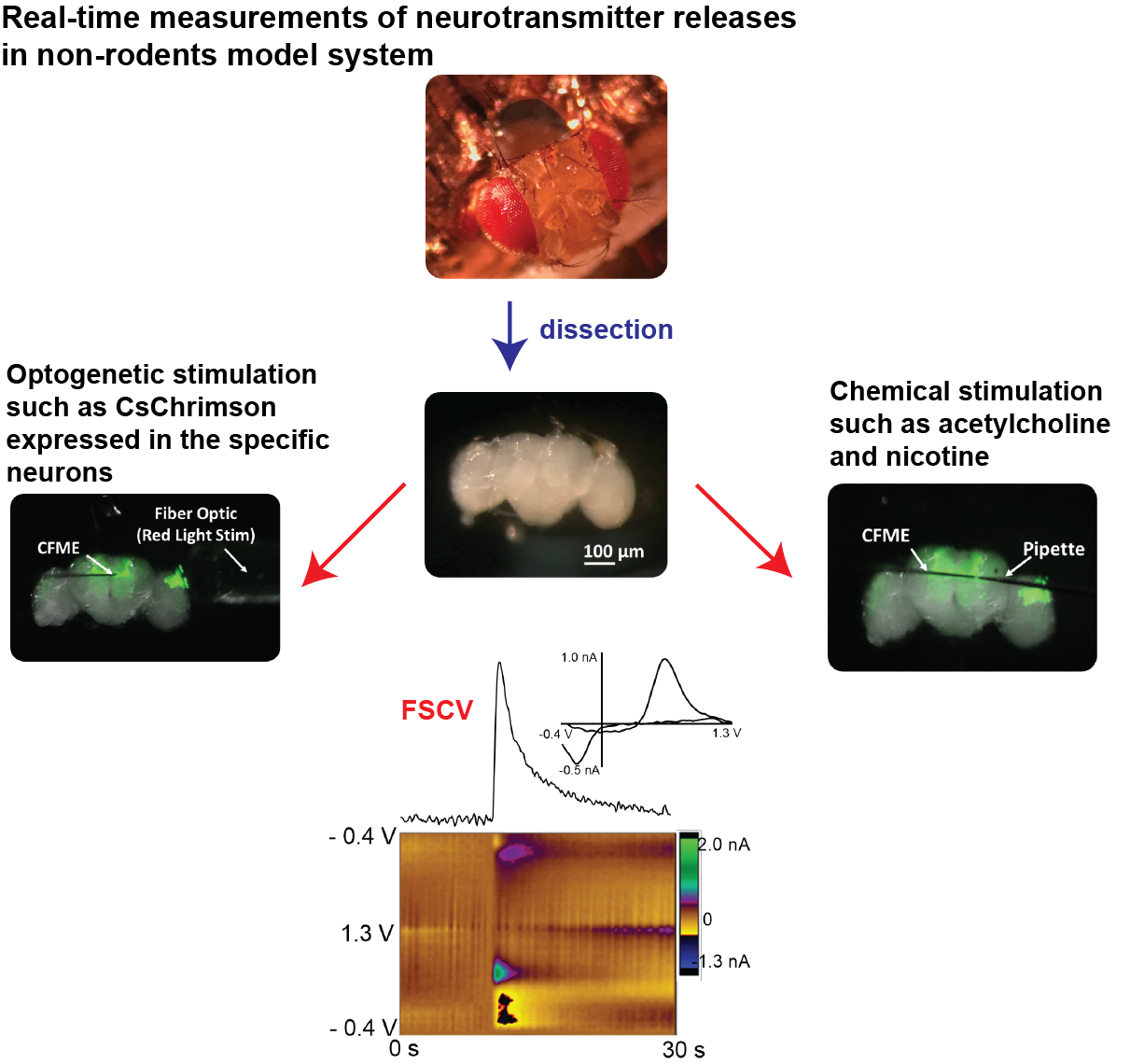