My long-term research project started with the straightforward question - Do plants age?  Our expectation, for any species, is that as individuals get older they will eventually experience a decline in function and an increased risk of dying. Humans clearly follow this pattern but there are other species, such as lobster, which show no apparent aging.  My interests are in the broad questions that focus on understanding the breadth of the patterns of aging in the natural world. For a long time the general hypothesis has been that life in the wild is short and hard, and that aging in the wild cannot be found because few individuals survive to old age. In the last ten years, other studies have demonstrated that older individuals in wild animal populations do show declines in performance and survival (see review by Roach and Carey 2014). My experiment was designed to determine how factors such as age, genetics and the environment influence variation in reproduction, lifespan and mortality in a natural population. This study has been running for over 13 years, and some of our results have shown that the plant, Plantago lanceolata, does not show the usual pattern of an increased risk of dying with increasing age.  Rather, when environmental conditions were good, all individuals of all ages did well. In other words, good conditions resulted in age-independent responses that were manifest as coordinated changes in mortality (Roach et al. 2009) and high growth rates.  But, during periods of high mortality, in other words stressful environmental conditions, older cohorts had the highest levels of mortality and negative growth; individuals from younger cohorts, on the other hand, had relatively low mortality and positive growth, even during times of stress (Roach 2012). We are continuing to do analyses and test hypotheses from this long-term project. 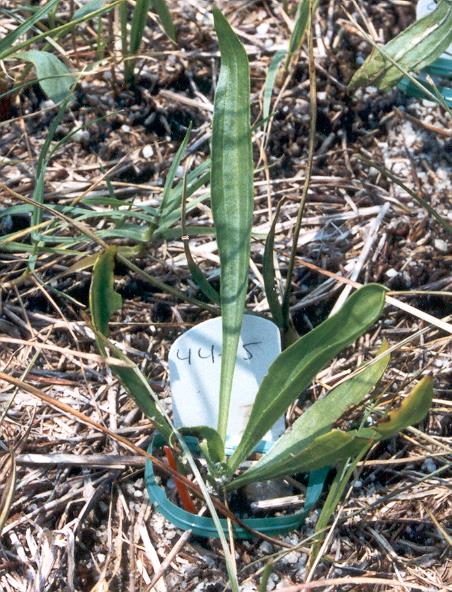 One of nearly 30,000 seedlings planted into the field, marked and measured to determine the influence of age, genetics and environment on patterns of mortality.

Selection across the lifecycle

Our finding, from the Plantago project, that early-life environment has carry-over effects on late-life traits, was confirmed in another study in my lab with an annual herb Agrostemma githago.  In a project with my graduate student, Stephanie Goodrich, we designed an experiment that subjected cohorts to different early-life environments but a common late-life environment.  Also similar to the Plantago design, the initial genetic structure of the cohorts was the same.  Our results showed that the expression of traits was a function of an interaction between an individual’s age, genotype and the temporal sequence of their external environments  (Goodrich and Roach 2013). In other words, individuals with different genotypes responded differently to the early-life environments, and how they responded also depended on how old they were. 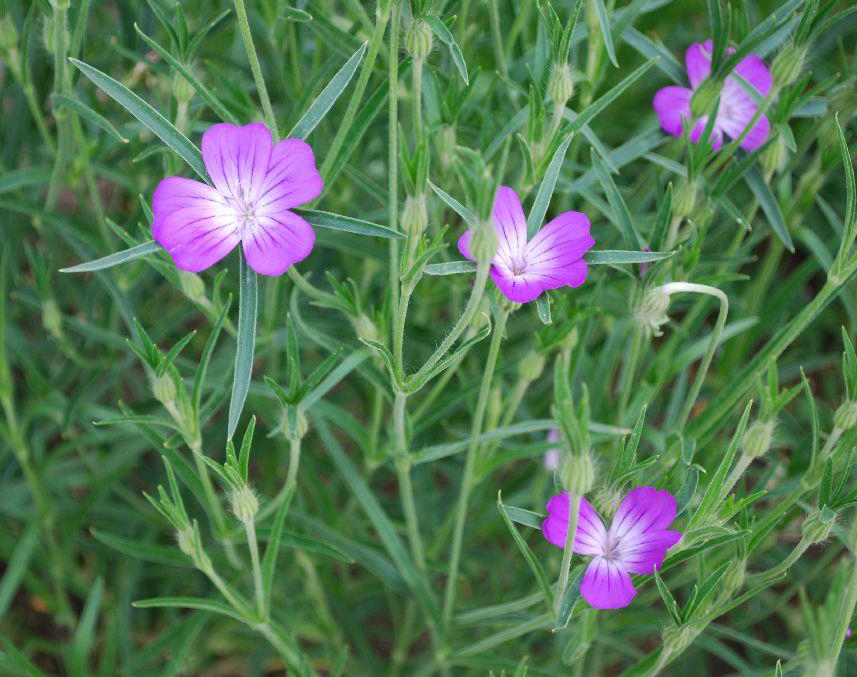 Agrostemma githago, an annual herb that grows in pastures and roadsides.

Range limits of an Appalachian endemic

My interests in the role of ecology and evolution in determining variation in traits across the lifecycle has led to the initiation of a number of conservation-related research projects.  My graduate student, Melissa Aikens, set up experimental populations of Prenanthes roanensis, a species that is isolated to high elevation populations in the southern Appalachians. This project was designed to determine which traits across the lifecycle are most critical to the persistence of this species across its limited range. With five years of field data and integral projection modeling of six populations, Melissa showed that even within a very narrow geographic range, local environmental conditions, and not environmental gradients, are most important in structuring the range of this species (Aikens and Roach 2014). These results demonstrate that when implementing conservation or management plans, it is important to recognize that populations in close proximity may have substantial variation in demographic rates due to differences in the local environments. 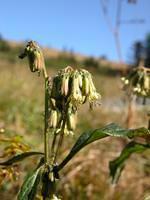 Prenanthes roanensis, a species endemic to high-elevation sites in the southern Appalachians.

Evolutionary response to an invasive species

Another, conservation related project in my lab addressed questions about the impact of invasive species on the evolution of traits among individuals within the communities that are invaded. My graduate student, Carolyn Beans, designed a project to study the ecological and evolutionary influence of an invasive jewelweed, Impatiens glandulifera, on a native congener, I. capensis. Using a series of greenhouse, manipulated field, and natural plant community studies, she explored how pollinator-mediated competition and vegetative competition with the invasive plant influenced the reproductive success and selection regime experienced by the native congener. Her results showed that pollinator sharing between the invasive and native jewelweeds is common and may affect selection on floral traits.   She also showed that the invasive jewelweed may alter selection on vegetative traits in the native congener.

Our lab is part of a global network of researchers working with Plantago lanceolata to predict population shifts in response to global change.  Some of the questions we are addressing are as follows:  What are the environmental and biological drivers of population persistence & extinction?  How are global patterns in life history schedules influenced by the environment?  What is the demographic function of functional traits?   How do traits and demography vary in native and non-native ranges? For more information see http://plantago.plantpopnet.com/