Director for Academic Affairs of the Democracy Initiative 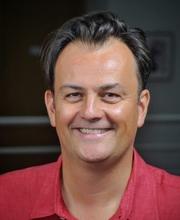 Laurent Dubois is the John L. Nau III Bicentennial Professor in the History & Principles of Democracy and Director for Academic Affairs of the Democracy Initiative

A specialist on the history and culture of the Atlantic world who studies the Caribbean (particularly Haiti), North America, and France, Dubois joined the University of Virginia in January 2021, and will also serve as the Democracy Initiative’s new co-director for academic affairs. In this role, Dubois will spearhead the Democracy Initiative’s research and pedagogical missions and will serve as the director and lead research convener of the John L. Nau III History and Principles of Democracy Lab—the permanent core lab of the Initiative which will operate as the connecting hub for the entire project.

Before coming to UVA, Dubois spent a decade at Duke University, where he founded the Forum for Scholars & Publics and taught as a professor of romance studies and history. Dubois also served as co-director of Duke’s Franklin Humanities Center Haiti Laboratory for three years.

He is the author of seven books, including A Colony of Citizens: Revolution and Slave Emancipation in the French Caribbean, 1787-1804 (2004), which won the Frederick Douglass Prize and three other book prizes. His 2012 book, Haiti: The Aftershocks of History, was a New York Times Notable Book of the Year. His work on the politics of soccer includes Soccer Empire: The World Cup and the Future of France (University of California Press, 2010) and The Language of the Game: How to Understand Soccer (2018). His book on the cultural history of music, The Banjo: America's African Instrument (Harvard University Press, 2016), was supported by a Guggenheim Fellowship, a National Humanities Fellowship, and a Mellon New Directions Fellowship.

Most recently, Dubois co-authored Freedom Roots: Histories from the Caribbean (University of North Carolina Press, 2019) with Richard Turits. His writings on music, history and sports have appeared in The Atlantic, The Nation, The New Republic, The New Yorker, The New York Times, Slate, and Sports Illustrated.