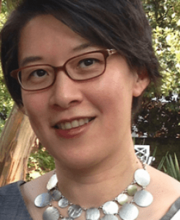 Professor Tsien's primary area of research is the Enlightenment, especially Voltaire. In her first book, Voltaire and the Temple of Bad Taste  (published by SVEC, 2003), she focused on Voltaire's use of satire to enforce his rules of good writing, specifically in his comic epic about Joan of Arc, La Pucelle d'Orléans. In her second book, The Bad Taste of Others (University of Pennsylvania Press, 2011), she expanded her inquiry into French eighteenth-century ideas about good and bad literary taste. The French version of this monograph was published as Le Mauvais goût des autres: le jugement littéraire dans la France du XVIIIème siècle (Hermann, 2017). It was reviewed in Le Monde: https://www.lemonde.fr/livres/article/2017/09/14/histoire-litteraire-les-lumieres-arbitres-du-bon-gout_5185337_3260.html

More recently, Professor Tsien has turned to her adopted home of Louisiana as an area of research. Her latest book, Rumors of Revolution in Louisiana: Song, Sentiment, and Sedition from the Enlightenment to the Age of Napoleon is to be published by UVA Press in 2022. It demonstrates the ways in which people on both sides of the Atlantic protested imperial policies, for example through satirical songs, sentimental speeches, and fictionalized histories. Currently, she is writing a book entitled Secrets of New Orleans, which deals with misrepresentations of the city in popular culture and how some Louisiana-based creators such as Anne Rice and Beyoncé have taken back control of the narrative.

She is generally interested in research questions involving the satirical tradition, French aesthetics, and the history of New Orleans.