Notes on the State Launch Party

Produced for UVA's Bicentennial, Notes on the State engages with what Thomas Jefferson's history means for us today. In February 2019, CJI and the Notes on the State team hosted a launch party to celebrate the release of the podcast's first episode.

In the shocking aftermath of August 11th and 12th, the immediate impulse of the UVA community was to understand and position these events in a long historical context.  The first approach was to learn from our faculty, visiting speakers, and experts about why these ideologies persist and manifest themselves in this particular community and at this institution. Yet, however essential is the desire to know and understand, to see August 11th and 12th as the proverbial “teachable moment,” our actions have neglected to consider something equally necessary: to process, to heal, to breathe, and to engage these events through art-making processes and practices.

Audre Lorde reminds us that “all knowledge is mediated through the body and that feeling is a profound source of information about our lives.” In this light, then, we have thought to focus attention on the neglected approaches to the events of summer 2017, those dedicated to feeling, embodying, to sensing August, to putting August in perspective and entrusting our bodies and our emotions to reveal the profundity of what we already know: that we are intimately and inextricably connected across ideologies, demographics, generations, and geography.

On each Saturday throughout the month of February 2018, the August in Perspective series convened arts workshops to foster community, introspection, and reconciliation through creative expression. 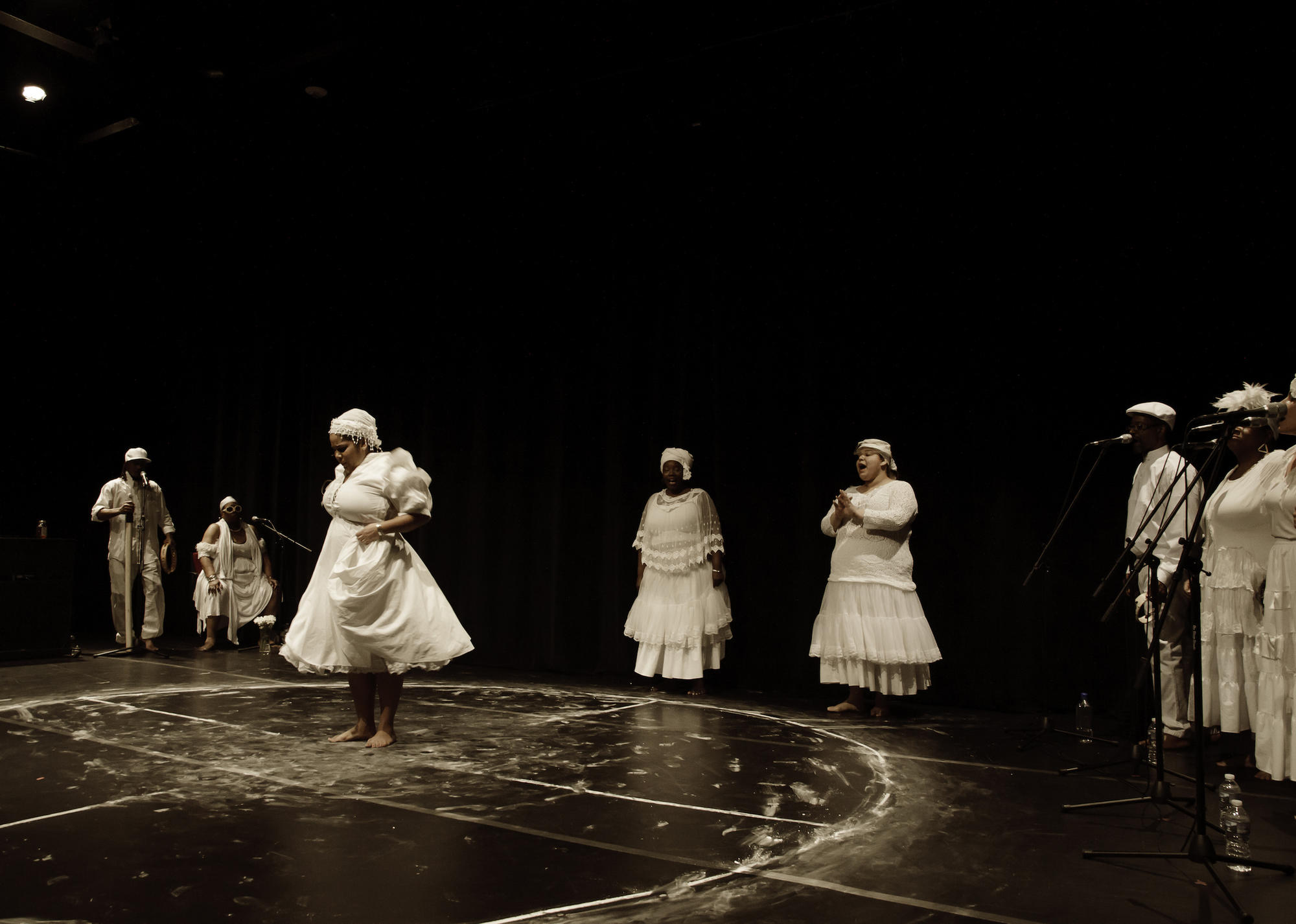 The Paul Robeson Players is an independent student-run Revolutionary Theatre Organization, but grounded in the roots of African and African-American theater traditions.  Its goal is to cultivate artistic diversity in the realm of theater performance.

With students from the Monticello High School drama program, workshop participants wrote, directed, and performed a play in 12-hours called “8—12—17.”

A.D. Carson is Assistant Professor of Hip Hop and the Global South. Carson is a performance artist and educator from Decatur, Illinois. He received his Ph.D. in Rhetorics, Communication, and Information Design at Clemson University doing work that focuses on race, literature, history, and rhetorical performances.

The Solidarity Cards Project began in Charlottesville, Virginia as a response to the 2016 election results. It has since evolved into an anonymous platform for participants to openly voice their concerns about contemporary political issues and social justice causes. Facilitator: Destinee Wright is an alumna of UVA with a B.A. in women, gender and sexuality. Wright is an artist, digital marketing consultant, and the owner and operator of Luxie Hair Services, a mobile hair extension and braiding studio.

Kintsugi Pottery is a traditional Japanese art that uses a precious metal – liquid gold, liquid silver or lacquer dusted with powdered gold – to repair broken pottery. As a philosophy, it treats breakage and repair as part of the history of an object, rather than something to disguise. Facilitator: Ashon Crawley is Assistant Professor of Religious Studies and African American and African Studies at the University of Virginia. Professor Crawley works in the areas of black studies, queer theory, sound studies, theology, continental philosophy, and performance studies.

Erasure is a form of found poetry or found art created by erasing words from an existing text in prose or verse and framing the result on the page as a poem. Facilitator: Sara Brickman is an author, performer, and activist from Ann Arbor, MI. She is a graduate student in the M.F.A. creative writing program at UVA.