32 years ago today, an iconic image of our era was committed to posterity: 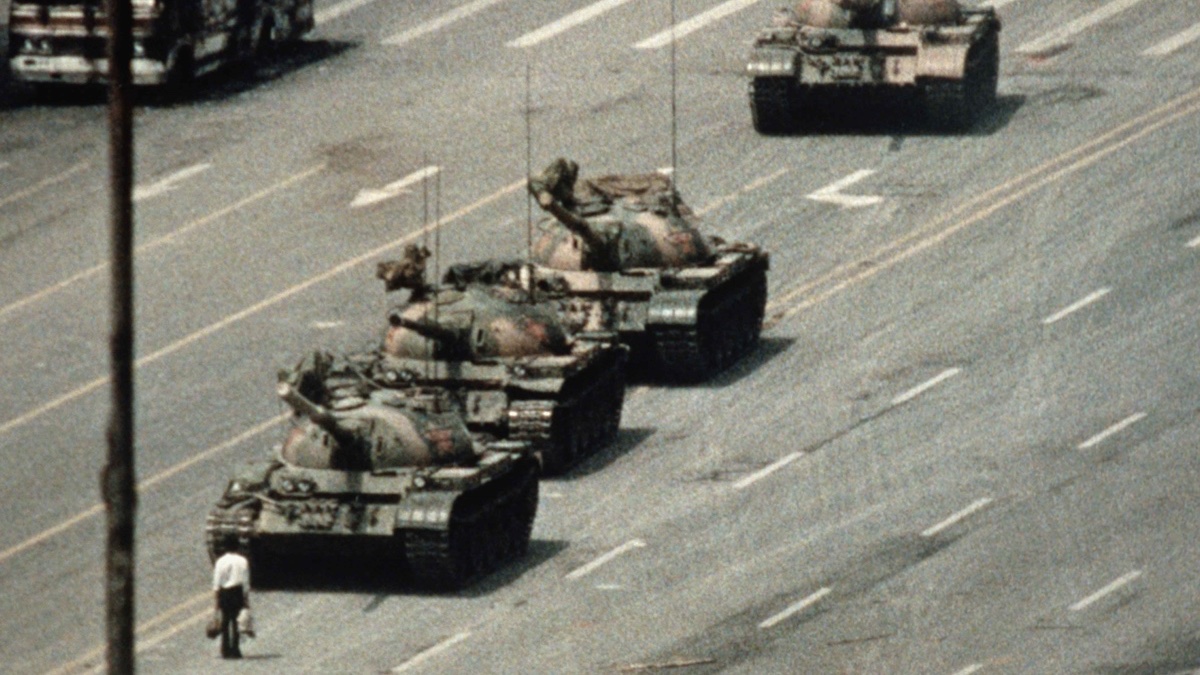 I wonder if we have fully recognized how iconic, how representative, it would be.  Resistance--yes.  But futile resistance?  That's what worries me.  Certainly the way that China's denialism and drive for raw power are operative today in a way deeply continuous with that day in 1989.  Just think of Covid.

(Here's an interview with the photographer who took the pic, by the way.)

Some stuff for today:

A good warning: “Yet the form this belief in science took was often positively anti-scientific. Instead of a group of constantly evolving theories that might be altered at any time, or falsified entirely, and is thus always open to debate, “science” was a demand that others subordinate their judgment to an elite-approved group of credentialed scientific experts, many of whom were proclaiming the lab leak unlikely in the extreme.”

I know Virginia Theological Seminary pretty well—I know the faculty and some students, I have lectured there and very much appreciate the place.  I think what they’re doing is really interesting, in itself and as an example to the rest of us.

This is really interesting. It seems that much of the pushback for Nicole Hannah Jones was not driven by mouth-foaming, right-wing ideologues, but by somebody committed to what they understood to be the "objective practice" of journalism.

Interesting to think about this, from late April—states worldwide are beginning to move against tech giants; but will they have much effect unless they organize?  And what would it mean for the US to ally with antidemocratic, anti-free speech governments like the PRC to do that?  “Underlying all of the disputes is a common thread: power. The 10 largest tech firms, which have become gatekeepers in commerce, finance, entertainment and communications, now have a combined market capitalization of more than $10 trillion. In gross domestic product terms, that would rank them as the world’s third-largest economy.”

Finally, this is good:

“Back in the day, bloggers could be divided into “linkers” and “thinkers.” Linkers would just post a sentence or two of commentary in response to a linked news story that might otherwise have gone unnoticed. Thinkers would write thousands and thousands of words about something, sometimes making interesting points but often impressing those who confused length with profundity.”

Be well everyone.  As the pandemic begins to recede, new challenges emerge.  We must turn our faces to those new challenges.  I wish us way more than luck.

(I can be best reached via email)