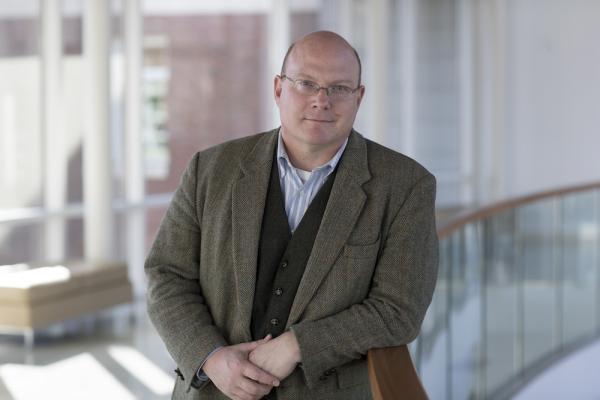 Charles Mathewes is the Carolyn M. Barbour Professor of Religious Studies at the University of Virginia, and a Senior Fellow at UVA's Miller Center of Public Affairs.

He spent much of his childhood in Saudi Arabia, and was educated at Georgetown University and the University of Chicago.  Trained as a specialist in Christian theology, Religious ethics, and modern philosophical ethics and philosophy of religion, he continues his interests in those areas.  He is also interested in issues around religion, society, culture, and politics.  Since coming to UVA he has grown increasingly interested in comparative religion, especially comparative religious ethics, and the theory of religion and the practice of religious studies.

He is the author of Evil and the Augustinian Tradition and A Theology of Public Life, both with Cambridge University Press; Understanding Religious Ethics from Wiley-Blackwell; and The Republic of Grace, from Eerdmans.  Among other edited volumes, he is the Senior Editor for a four volume collection on Comparative Religious Ethics: The Major Works for Routledge Publishers.  He is currently co-directing a major grant from the Henry Luce Foundation, on "Religion and its Publics."

From 2006 to 2010, he was Editor of The Journal of the American Academy of Religion, the flagship journal in the field of religious studies, and was the youngest Editor ever appointed to lead that journal.  He was Chair of the Committee on the Future of Christian Ethics for the Society of Christian Ethics, the inaugural Director of the Virginia Center for the Study of Religion, and he currently serves on the House of Bishops Theology Committee of the Episcopal Church.

He served a four-year term as Co-Principal of one of UVA's residential colleges, Brown College at Monroe Hill.  Today he lives with his family outside Charlottesville, Virginia, in the foothills of the Blue Ridge Mountains.

(I can be best reached via email)