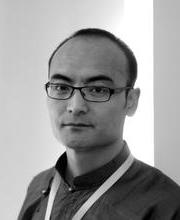 Lama Jabb was born and brought up in the Dhatsen tribe, a nomadic community in Northeastern Tibet. He studied in Tibet, India and the UK and received his D.Phil at the University of Oxford. He is currently a Research Fellow in Tibetan and Himalayan Studies at Wolfson College and Instructor in Tibetan at the Faculty of Oriental Studies, University of Oxford. He is also the Head of the Tibetan and Himalayan Studies Centre at Wolfson.

Lama Jabb’s research interests are in, among other things, modern and classical Tibetan literature, traditional allegorical tales, the interplay between the Tibetan literary text and oral traditions, and the theory and practice of translation. Adopting a keen historical consciousness and an interdisciplinary approach he explores Tibetan creative writing alongside national identity and other socio-political issues embedded within it. He is the author of the book Oral and Literary Continuities in Modern Tibetan Literature: The Inescapable Nation (2015) and several scholarly articles.