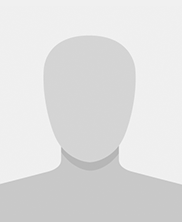 Janet Gyatso is a specialist in Buddhist studies with concentration on Tibetan and South Asian cultural and intellectual history. Her books include Apparitions of the Self: The Secret Autobiographies of a Tibetan Visionary; In the Mirror of Memory: Reflections on Mindfulness and Remembrance in Indian and Tibetan Buddhism; and Women of Tibet. She has recently completed a new book, Being Human in a Buddhist World: An Intellectual History of Medicine in Early Modern Tibet (Columbia University Press, 2015), which focuses upon alternative early modernities and the conjunctions and disjunctures between religious and scientific epistemologies in Tibetan medicine in the sixteenth–eighteenth centuries. She has also been writing on sex and gender in Buddhist monasticism, and on the current female ordination movement in Buddhism. Previous topics of her scholarship have included visionary revelation in Buddhism; lineage, memory, and authorship; the philosophy of experience; and autobiographical writing in Tibet.

Gyatso was president of the International Association of Tibetan Studies from 2000 to 2006, and co-chair of the Buddhism Section of the American Academy of Religion from 2004 to 2010. She teaches lecture courses and advanced seminars on Buddhist history, ritual, and ideas, and on Tibetan literary practices and religious history. In both teaching and writing she draws on cultural and literary theory, and endeavors to widen the spectrum of intellectual resources for the understanding of Buddhist and Tibetan history. She is a member of the Faculty of Arts and Sciences' Committee on the Study of Religion, Department of East Asian Languages and Civilizations, and Committee on Inner Asian and Altaic Studies, and is an active participant in the Harvard Buddhist Studies Forum. She is also involved in the development of a new track for the training of Buddhist lay ministers and leaders in the master of divinity program at HDS.