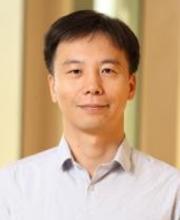 JC has been doing "eye-opening" research (pun intended) since 2003 and has directed a Visual Neuroscience lab since 2006, first at Northwestern University and then at UVA. He is now the Paul T. Jones Jefferson Scholars Foundation Professor at UVA, with primary appointments at Biology and Psychology, and a founding member of the Program in Fundamental Neuroscience. He likes teaching, both in classroom and in the lab. But his favorite is staring at data and trying to figure out what they mean. Outside the lab, he enjoys watching TV series and driving his daughters to soccer games.